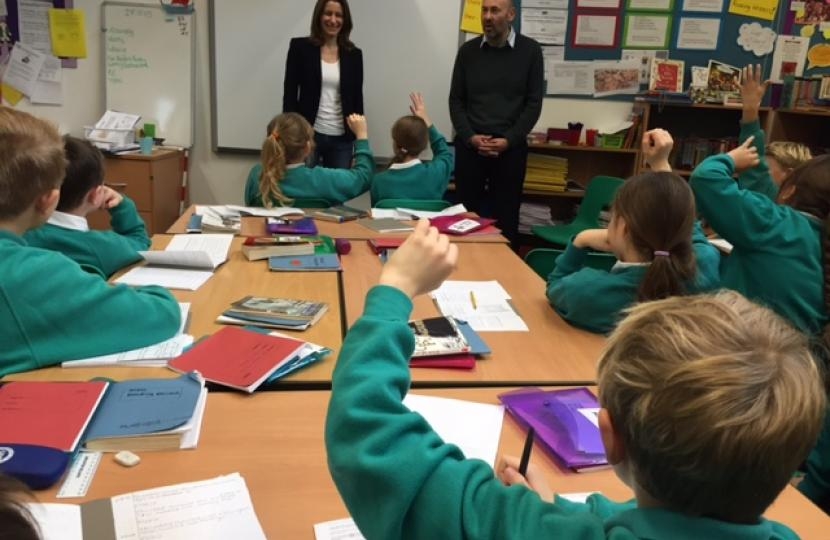 Lucy Frazer has long campaigned for a fairer school funding system to ensure that pupils in Cambridgeshire are afforded the same opportunities as those children in better-funded areas.

After this long campaign the Government has recently announced a new funding formula and this formula is out for consultation.

In the course of this campaign Lucy has taken the headteachers of the secondary schools in the constituency three times to meet the Education Secretary to explain the problems with the current formula.  She has also raised the issue with the Education Secretary and the Chancellor in debates in the House of Commons and in meetings. She has worked with the F40 group and others to campaign, and many residents and teachers have signed a petition for fairer funding.

Lucy has also campaigned for our area to become an 'Opportunity Area'.  There are only 12 Opportunity Areas in the country and in January 2017 it was announced that East Cambridgeshire and Fenland would be one of those areas.  The Opportunity Fund is £72 million and brings with it priority bidding for other Government schemes.  It is a programme which will help children get the best start in early years, ensures that they can continue to access high quality education at every stage of their school.  It also focuses on creating opportunities outside school to 'raise sights and broaden horizons'.

Lucy met with the Department of Education in February 2017 to hear more about how the scheme can help our area.