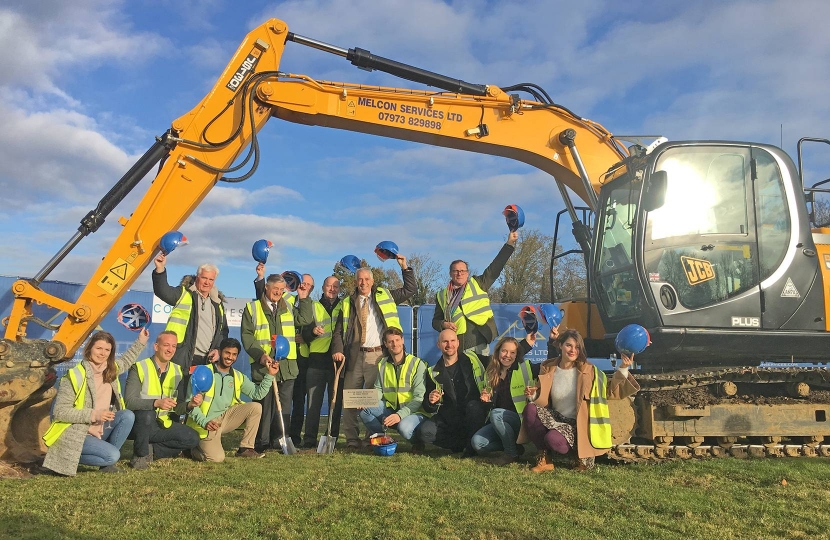 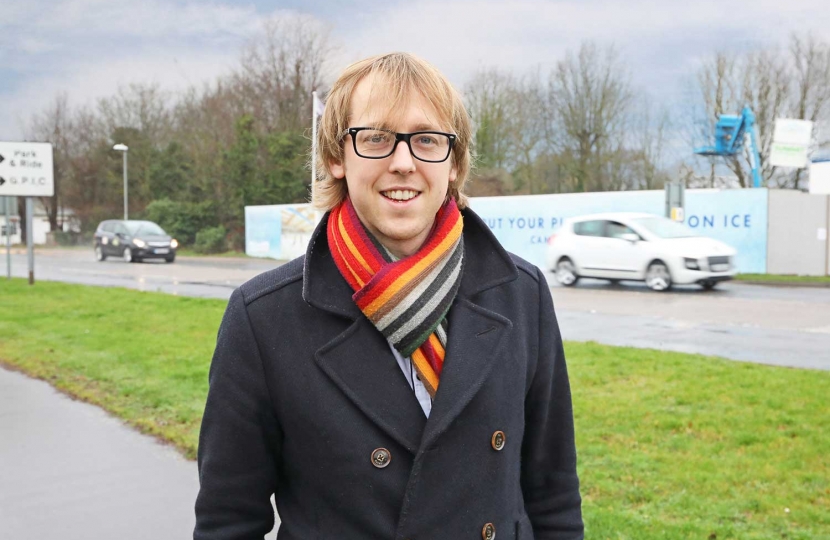 The ice pad, which meets international standards, can be used for figure skating, ice hockey, ice dancing, speed skating and ice discos. It includes a 340-seat arena, room for several hundred more standing spectators and will be one of the most energy efficient ice rinks in the UK.

Construction began in November last year but was halted following the discovery of 194 small grenades dating back to World War II. Specialist contractors were brought in to assess the entire site and ensure it was safe for construction to continue. Building work re-commenced in late January, but the delay resulted in further costs.

Extra £550,000
Nearly a year on and SCDC's councillors have approved an additional loan of up to £550,000 to enable the rink to be finished. The loan will only be released in stages as phases of work are completed and comes after the authority’s Scrutiny and Overview Committee, chaired by the Conservative councillor Grenville Chamberlain, had discussed in detail an independent assessment.

"This is a high-quality community venue project which will provide excellent facilities for both sport and recreation for young and old alike for many years to come," he said. "Delivering it was felt to be essential."

Councillor Peter Topping, Leader of the Conservative Group at SCDC, added: "The Conservative-run council started this project and I am pleased that finally the Liberal Democrat's have come on board and are now backing it. It has been their responsibility to drive this forward since they took control in May, but there have been delays."

Getting the Lib Dems to see sense
To get the Lib Dem administration to see the benefits of the project, Councillor Graham Cone (pictured), who is the Conservative representative for Fen Ditton & Fulbourn, spoke up at a recent full council meeting: "I called on everyone to get behind this much needed addition to the sports and entertainments faculties available to families in South Cambridgeshire and the City," he said.

"Up to 25 new jobs are expected to be created by the rink. The 56 by 26 metre ice pad will meet the requirements of the International Ice Hockey Federation, allowing visiting teams from around the world to play ice hockey there," he added. The rink is in Teversham, which is part of his Fen Ditton & Fulbourn ward.

Professor Bill Harris, Chairman of CLIC, said: "Since the day we found unexploded ordnance from World War Two on the site and had to spend time and money to clear it up and make it totally safe, building this ice rink for the community has been a challenge for CLIC, which is a charitable company, to deliver on time.

"But after more than twenty years of continuous effort from CLIC, a few grenades weren't going to stop us – and now thanks to the extra loan from SCDC, we can finish the project."

Two Years On: Delivering on our Promises

Two years on, we have delivered for Britain. Here's a list of some of our top achievements.