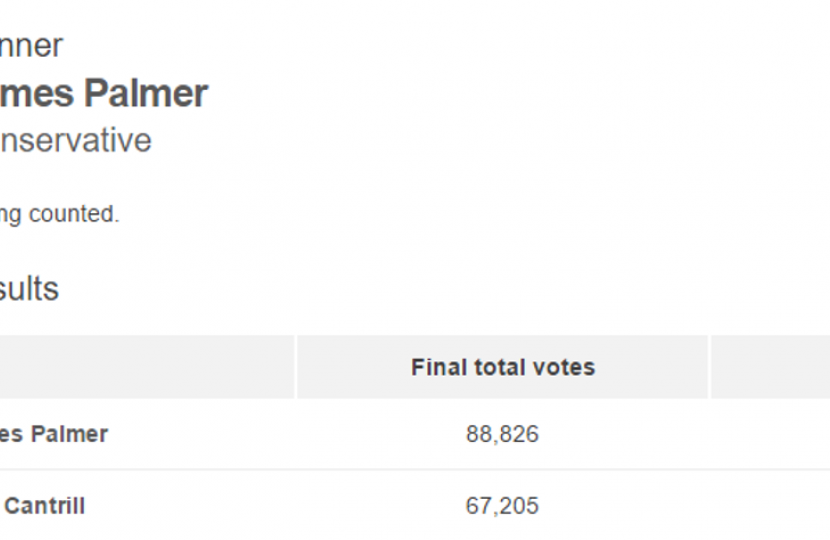 James Palmer has been elected today as the first Conservative Mayor for the Cambridgeshire and Peterborough Combined Authority.

Speaking to BBC Radio Cambridgeshire after his victory was announced a short while ago, he said he would put "all the effort in" to make sure he was successful as mayor.

"We have to make sure decisions are made to change Cambridgeshire, not just for four years, but for 30, to 40, to 50 years," he said.

"I've been the only one bold enough to say what I would do all the way through the campaign.

"The Lib Dems worked very hard in the campaign. Rod was a credible candidate. It was a good fight to the end.

"It's a good day for the Conservatives. I am very delighted we have full control of Cambridgeshire County Council."