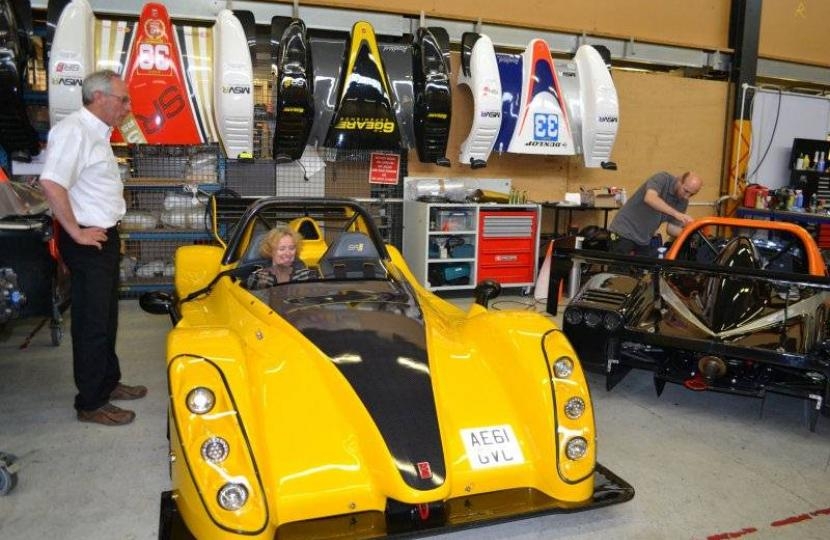 As we move towards the start of detailed Brexit negotiations, it has been good to meet businesses, universities, local authorities and other organisations across the East of England and EU to understand their issues and priorities.  Many of these organisations have shared with me their views on what they would like to see prioritised in negotiations ahead. I have been hugely impressed by the quality and detail of their work.

I have also had many discussions with MEP colleagues from across Europe as well as UK officials and ministers.  It is clear that in Britain and across the rest of the EU leading negotiators are now developing a more detailed and sophisticated understanding of the many different options for our future relationship with Europe. The discussions ahead will affect our cities, counties and country for at least a generation.  It is of paramount importance that we ensure a constructive relationship with the European Union following our exit.

While many politicians across Europe rule out a 'special' deal for the UK, there is a growing discussion of a very 'specific' deal which takes into account our close economic ties.

Role of the European Parliament
Under the terms of Article 50 the final negotiation of the terms of exit will need to be accepted by both the UK and the EU, this will require a vote in the European Parliament in which the British MEPs will take part as our final responsibility. I believe that my role as your MEP is to help the UK to maintain good relationships with allies across Europe in order to help the negotiations be as constructive, pragmatic and amicable as possible.

It is becoming increasingly clear that the European Parliament, and especially the committees of the Parliament, will have a major role on the negotiation.  In my role as MEP I currently hold the position of Chairman of the European Parliament’s Committee on the Internal Market.  This means that I am the sole UK Conservative member of the EU’s senior Conference of Committee Chairs; this role allows me to raise issues that affect both the UK and the rest of the EU at the highest levels.  This position comes up for election next week on 26th January 2017, it has been good to hear that many colleagues from across the political spectrum and from many nationalities say that they support me continuing this role.

Prime Minister's speech
Theresa May's speech was generally well received by most leading non UK MEPs.  It offers both the EU and UK an opportunity to move beyond simplistic 'in or out' scenarios on the EU single market and customs union, and instead focus on finding a new partnership.  It sets the scene for the kind of detailed and nuanced discussion that is needed once Article 50 is triggered.

Many countries have preferential access to the single market, and an enhanced relationship on customs matters.  None of the existing models fit perfectly with the UK's position, and the extent to which the economic ties between the UK and the rest of Europe have become intertwined.  It is in the interest of all parties to find an arrangement that maximises market access and maintains close regulatory cooperation.

The Prime Minister set out her vision for a new, strong, constructive partnership with the EU that gives the freest possible trade in goods and services between the UK and EU.  While she has ruled out full 'membership' of the single market she spoke of taking on elements of current single market arrangements in certain areas (like cars and financial services) and having a new customs agreement with the EU in the future.  She also spoke of the need for a phased approach to give businesses enough time to plan and prepare.  Many jobs in the East of England and other EU countries rely on this type of open market access.  She also spoke of the need to ensure that the UK remains open to international talent and our desire to guarantee the rights of EU citizens in Britain and vice versa.

Science, research and innovation are issues close to my heart. I was very pleased to hear the Prime Minister speak of maintaining collaboration and Britain remaining at the forefront of collective endeavours in research.

The new relationship between the EU and the UK needs to work practically as well as politically. In the next two years negotiators across Europe will have their sleeves rolled up to focus on the UK and Brexit.  I believe it is important that we use this energy and momentum to agree as much detail as possible as much of our future relationship in this current negotiation window. There is much to do.

EU citizens' rights
Many constituents have written to me on the issue of protecting the rights of UK citizens in other EU states and EU citizens in the UK.  If you have detailed concerns about any specific rights then please do let me know as this will help me to make sure that the issue is raised and addressed. Thank you to the local organisations that are helping to give more specific feedback on this.

Brexit briefs
I have prepared a five brief documents on some of the issues which have been raised regarding Brexit.  You can find these on my website and the links to each are below:
1.  Customs union.
2.  Off the shelf options.
3.  Market access: FTA vs single market vs bespoke.
4.  Controlling migration and controlling free trade.
5.  Regulatory co-operation.

Musical chairs
This month is the mid-term stage of the current European Parliament and all of the key roles come up for re-election.  Martin Schultz choose not to re-stand as president.  I will not miss his authoritarian approach.

The European Conservative and Reformist candidate was Helga Stevens, a politician with a big brain and huge heart.  She ran a very impressive campaign based in transparency and equality and even spooked the other Belgian candidate and leader of the liberals Guy Verhofstadt to withdraw before the first voting round.  However in the final round we were left with two Italian candidates – one left, one right and both federalist.  The centre right candidate Antonio Tajani won through.  I hope he will hold to his promise to be more of a 'speaker' and less dictatorial than his predecessor.

In electing the 12 Vice Presidents Ireland's Mairead McGuinness had an outstanding victory polling 466 votes from 618 and 25 percent more than any of the other candidates.  It was great to see an inspirational woman getting such a huge endorsement from across the political spectrum.

County Council elections
Good luck to all re-standing councillors and new candidates for their election campaigns for the County Council elections on Thursday 4th May.
As always, I am happy to support our local candidates in their campaigns and appreciate the chance to hear what constituents are saying on the doorsteps especially in key target divisions.  Do let me know about campaign action days.

If you would like to help the councillors and candidates in your area then please do contact your local Association and offer your support.
We have County Council elections in Cambridgeshire, Essex, Hertfordshire, Norfolk and Suffolk – it is a very important time for the Conservative Party.

There are a number of Councils where we need to win additional seats to take back overall control with a clear working majority, including:

Cambridgeshire  The current political makeup is Conservatives 32 of 69 seats, with 5 Independent, 8 Labour, 14 Liberal Democrat and 10 UKIP. In May, the new boundaries kick in, reducing the overall number of councillors to 59 for 57 divisions (two divisions, including Sawston & Shelfords in South Cambs, are 'two seaters' – all the others will be represented by one councillor).

Norfolk The current political makeup is 42 Conservatives of 84 seats with 3 Green, 14 Labour, 10 Liberal Democrat, 2 Non-aligned and 13 UKIP and Independent.

With hard work, clear political messages and the help and support of members and activists we can win back overall control of these three councils and see the numbers of Conservative county councillors across the East of England increase. I look forward to seeing you out on the campaign trail.

Working together
I continue to work closely with Conservative colleagues from the East of England in Westminster and many local councillors.  I do believe that by working constructively together we can better make sure that issues and concerns are better understood in both Westminster and in Brussels. This is vital in the months ahead.

If you wish to contact me directly, you can do so at office@vickyford.org.

...and last, but certainly not least
A MASSIVE congratulations to all the staff at Addenbrooke's Hospital, and Cambridge University Hospital Trust, for all their superb hard work and determination in getting out of special measures (in record time!)