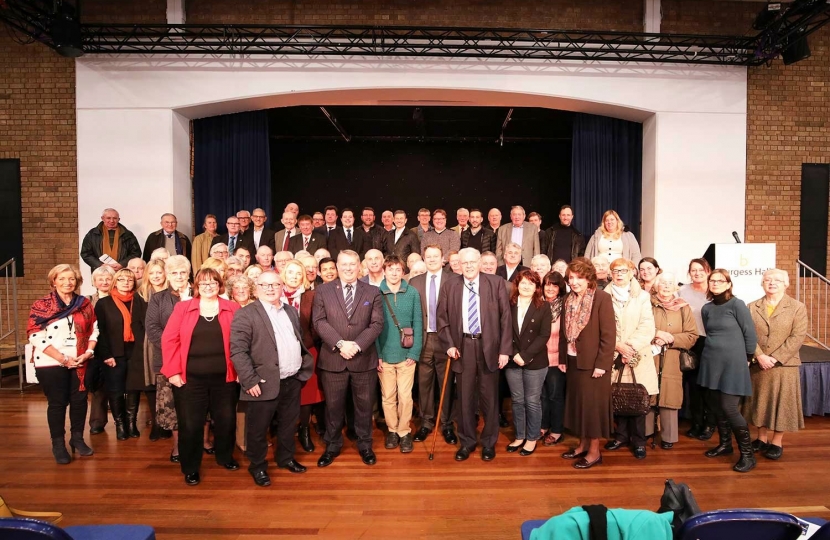 At a meeting of Conservative Party members last night, 22nd January, in St Ives, Jason Ablewhite was readopted as the Conservative Candidate for the 2020 Police and Crime Commissioner elections, receiving overwhelming support in the ballot.

Jason, who was elected in 2016 after the retirement of Sir Graham Bright, the County's first PCC, said he was humbled by the size of the vote for him – by tradition, the actual figure for the result is never given.

Earlier, he had explained his record since coming into office:

A Commissioner’s role is to support and, when necessary, challenge the Chief Constable. They must also work with local agencies such as local authorities, health, the Probation Trust, fire and rescue service and the criminal justice system, to ensure there is a joined-up approach to preventing and reducing crime.

The Commissioner is ultimately held to account for performance by the public every four years through the ballot box. However, a Police and Crime Panel, made up of representatives from each of the city, county and district councils along with two independent members, also considers in public how the Commissioner delivers his functions. The Panel scrutinises the Commissioner’s exercise of his statutory functions – but does not scrutinise the Chief Constable.

The Conservatives will not tolerate prejudice or discrimination

We have commissioned an independent investigation any concerns about prejudice and discrimination head-on. Because no matter your background, you should be able to feel you have a home within the Conservative Party.