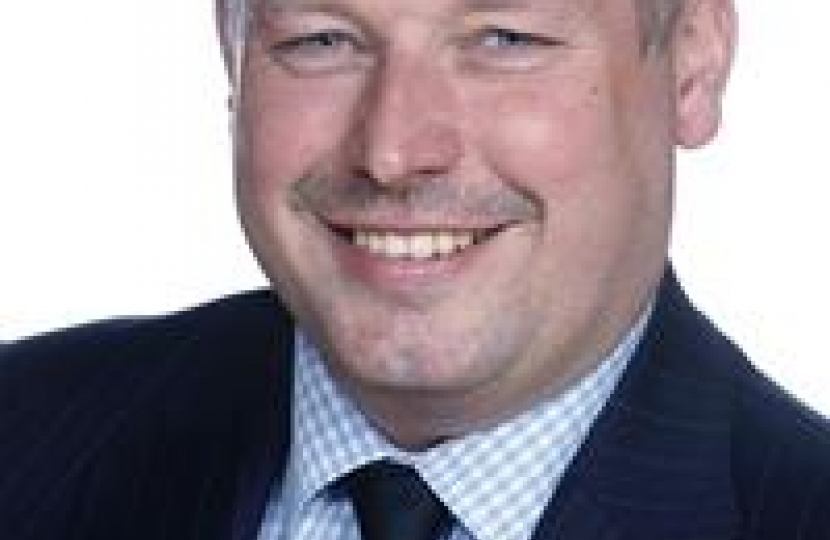 Jason Ablewhite was selected by 150 local Party members as the Conservative Police and Crime Commissioner candidate for Cambridgeshire on Thursday 3rd December – he won more than 50% of the vote in the first ballot in a three-way fight with Andy Coles and Peter Topping.

Jason is the Executive Leader of Huntingdonshire District Council and current chairman of the Police and Crime Panel – the body which oversees the PCC – and chaired the appointments panel for the recruitment of Alec Wood, the County's new Chief Constable. "I am confident I will work well with Alec and have already built a good rapport," he said – if elected on 5th May next year, Jason will be Alec's boss.

Jason grew up in Fen Drayton and now lives in St Ives. He acknowledged that Sir Graham Bright, the current PCC and who is standing down, has "done a first class job, not least in keeping the same number of front line police officers as when he started, in contrast to every other force in the country which have all cut their police numbers.

"I have a strong sense of community and am passionate about the area we live in," he says. "I also have an enormous amount of energy, commitment and drive. I can relate to people from all walks of life and am able to represent peoples' views on public safety and policing priorities."

On specific PCC matters, he supports the continued partnership with Bedfordshire and Hertfordshire forces, but wants to see the opening up of opportunities in the Cambridge and Peterborough public sector.

"I am committed to public service and am passionate about working in the best interests of residents in Cambridgeshire and Peterborough. I also have the acumen to deliver change at a time when challenging budgets and tough political decisions are at the forefront of all we do."

Jason and his wife Annette have been married for 18 years – they have two sons who go to schools in St Ives.  His career, aside from 11 years as a District Councillor in St Ives, was spent in sales and senior management in the food sector; he retired last year to concentrate on local politics.

He currently leads one of the largest district councils in the UK – it's £100m budget is on a par with the PCC's – and is also lead member of the Local Government Association's economic development team for the East of England.

Jason Ablewhite – link to his page on the Hunts District Council website and to the blog on his personal site.