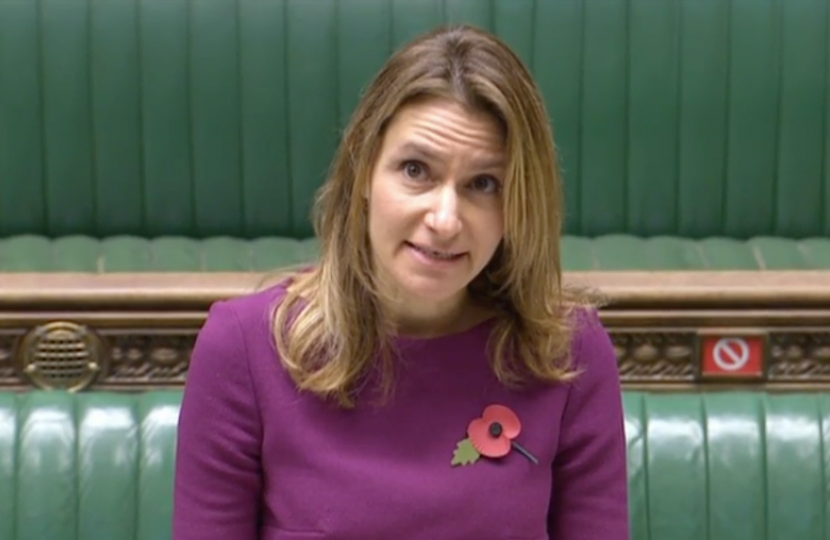 Despite the pandemic, progress continues to be made on some of the key issues and campaigns in our local area.

For some time I have been pressing for improvements to the A10 and spearheaded the campaign for its dualling. Progress has been made on this project, and there are 8 potential options on the table. The Mayor and Combined Authority held a virtual consultation during the summer to collect feedback from residents and road users, and you can keep up to date with the consultation's progress here. I have continued to press the Treasury on the importance of this work and will continue to do so.

The Greenways scheme is one of the local efforts to improve cycleways by constructing routes between central Cambridge and nearby villages. The routes will help to reduce pressure on public transport and offer more environmentally friendly ways to commute and get around. I have supported this scheme since 2017, working with the Greater Cambridge Partnership and other local stakeholders to ensure that local residents were involved in determining the routes. This currently includes 6 routes in our area. I am really pleased that the routes to Fulbourn, Waterbeach and Linton have been approved. Having recently met with the GCP and written to the Board to press for further routes I am delighted that the three further routes in Horningsea, Bottisham and Swaffhams have also been approved. I’m looking forward to using the routes and hope you will do the same!

At the beginning of October I held virtual meetings with residents to discuss the proposed Sunnica solar farm project. I am in favour of solar and other forms of renewable energy, however I understand and recognise the legitimate concerns many of my constituents regarding this particular proposal. Following my recent meetings with residents I wrote to the company to express concerns raised about the proposed project, which referenced a number of issues including scale, safety, the use of agricultural land and the project's potential impact on biodiversity. I will continue to do all I can to ensure residents views about this project are heard. If you would like to be kept updated on developments with regards to this project, and how I propose to deal with this issue, please do contact me.

This time last year a number of constituents in Dullingham contacted me about delays, cancellations and shorter trains between Newmarket and Cambridge, including delays. I met with representatives from Greater Anglia and Network Rail about the problems which were partly caused by problems in the rollout of new trains on the line, and partly because of track safety concerns. I have been assured that the line is now served only by new trains and over 90% of trains are now arriving on time.

If you have any specific questions on this update or if I can help please contact me by emailing me on lucy.frazer.mp@parliament.uk.