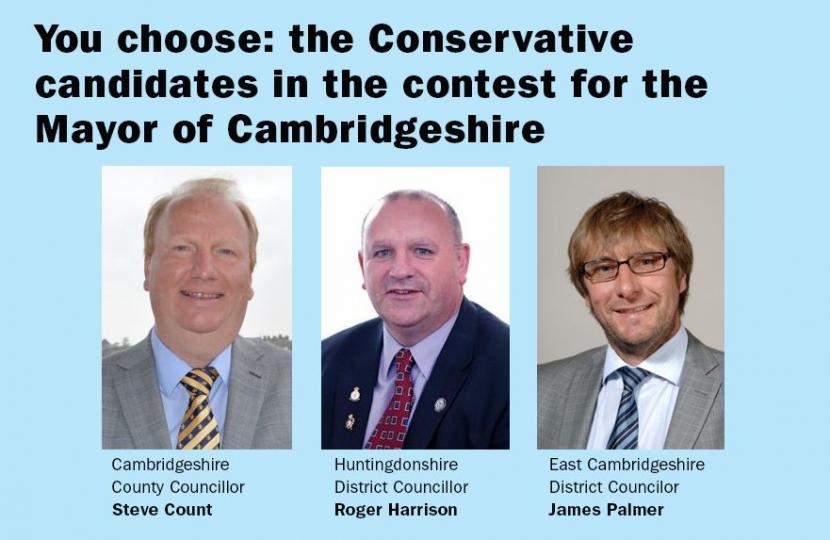 The Conservative Party candidate for the Mayor of Cambridgeshire will be selected at a general meeting of party members this Saturday, 21st January.

A shortlist of three candidates was announced on 14th January:

If you haven't done so yet, you must register for tickets at https://cambridgeshiremayoralselection.eventbrite.co.uk.

The public election is on 4th May.