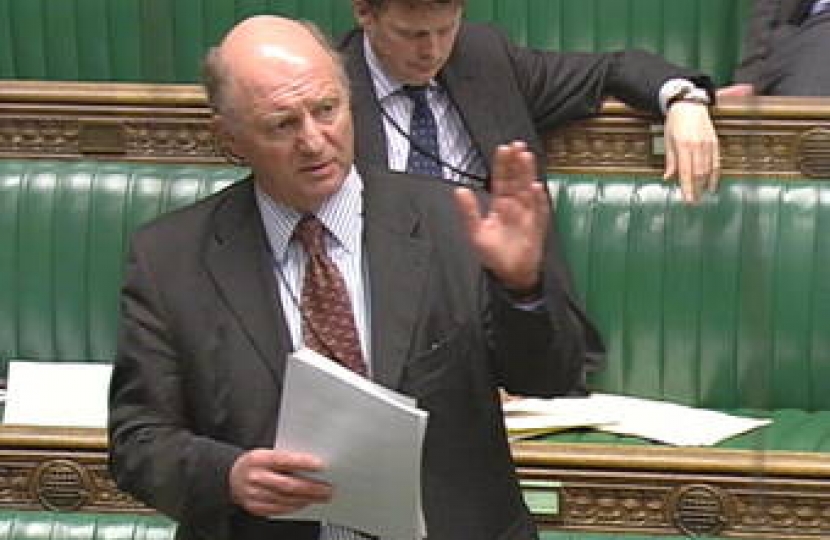 Speaking today in the House of Commons, Sir Jim has raised concerns that illegal immigrants hiding in lorries of fresh produce bound for East Cambridgeshire are posing a ‘serious risk’ to the food chain.

Sir Jim said: ‘A business in my constituency is one of largest producers of fresh produce, such as salad crops, in this country and in Spain and other parts of Europe. Up to February this year, it had had three incidents in the previous two years of people coming in on its lorries, but since then it has seen a massive increase, culminating in three separate incidents in one week in the run-up to Christmas.’

‘The incidents to which I am referring are those in which people have entered secure lorries that are carrying food. The problem is not individuals, but groups of anything up to 12. One such group of 12 before Christmas included three young children. The group were lying on top of pallets of lettuce in a secure lorry kept at 4o as part of the cool chain. It is clear that those people are in the lorries for many hours—they do not board them at Calais or just outside. They are clearly entering the lorries in Spain or a long way down in France, well before the vehicles reach Calais.’

‘We are now seeing lorry loads of fresh produce from Spain, ready packed and prepared to go on the shelf, going straight to supermarket distribution centres. The lorries are unlocked and people are found inside. The whole load is then immediately condemned as unfit for human consumption, so there is massive cost and massive food waste. Retailers are beginning to be concerned about supply. Relying on lorry-loads of lettuce, celery, spring onions and so on that have to be condemned on arrival causes havoc in their supply chain. The business in my constituency, which is not unique, had 263 lorries a week bringing produce from Spain. This is not just the odd lorry load: this is a very serious and major issue, and large numbers of people are involved. As I said, there were three cases in one week. Lorries arrive in pack houses in this country or go straight to retail depots. There are now serious concerns about supplies of fresh produce.’

The Home Secretary has agreed that either she or the Immigration Minister will meet with Sir Jim and representatives from the industry to discuss this issue further.

You can read the full debate on the Parliament website clicking here.