Lucy is not a career politician: "I am simply someone who has been lucky in her professional career who feels it is important to contribute to society".

In January 2018 Lucy was appointed as a Parliamentary Under Secretary of State at the Ministry of Justice. 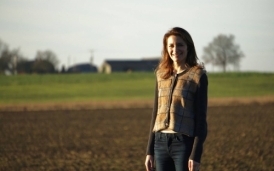