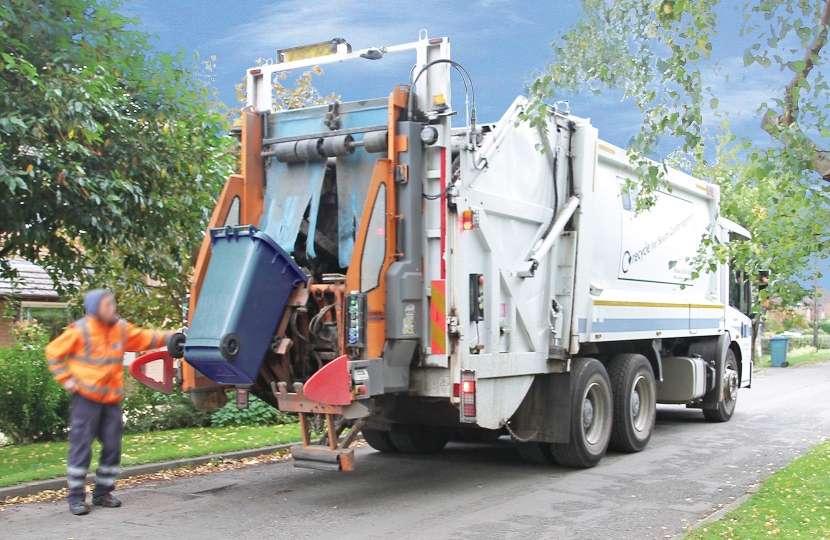 From Monday 11 December, South Cambridgeshire residents should place used paper directly into their blue wheelie bins for recycling rather than the paper caddies.

This will simplify recycling, speed the collection process and save the Council money.

The withdrawal of caddies also means fewer waste collection vehicles will be needed in future, helping save taxpayers around £670,000 during the next seven years compared to the existing system.

This is because trucks which collect dry recycling which is mixed together, rather than separated, don’t have split bodies, so can carry more materials.

It also means collection rounds will be completed without the need for vehicles to return to base and be emptied as often – so saving around 26,000 miles a year on South Cambridgeshire’s roads than the current arrangement.

Add to this the similar mileage saved – in all amounting to two laps around the equator – following the joint South Cambs and Cambridge City arrangement to share facilities and the councils are making significant savings on fuel and reducing CO2emissions.

Computer modelling suggests current recycling rates, which see more than half of South Cambridgeshire’s waste recycled, will be at least maintained, if not marginally improved, from 11 December onwards.

“And even though we are making this change, paper will still recycled when placed in the blue bin as it gets sorted from other materials at our plant near Waterbeach.

“It then gets sold onto paper mills and made into new paper products.  Residents can rest assured they are still helping the environment.”

After 11 December, residents can keep their caddies and use them however they wish.  Alternatively, they can be taken to a household waste recycling centre for recycling.  They should not be placed into wheelie bins.

Simple.  Not having to load paper caddies into one part of the bin lorry and the blue bin into another will speed collection and reduce the cost – financially and environmentally – of collecting rubbish in South Cambs.  It should also eliminate any paper becoming litter when high winds blow bits out of the caddies as they are being emptied into the bin lorry.