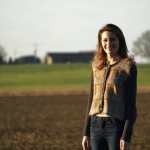 The Police and Crime Commissioner for Cambridgeshire is Jason Ablewhite.Jason Ablewhite was elected Police and Crime Commissioner for Cambridgeshire on 05 May 2016 and started the role on 12 May 2016.With a career background in sales and senior management in the food sector, Jason retired in 2015 to concentrate on local politics. He has a strong sense of public service, having served as a District Councillor in St Ives for 16 years, and spent the last five years as Leader of Huntingdonshire District Council. He also served as Mayor of St Ives in 2005.

Please click the link above for contact details of officers of the South East Cambridgeshire Conservative Association.