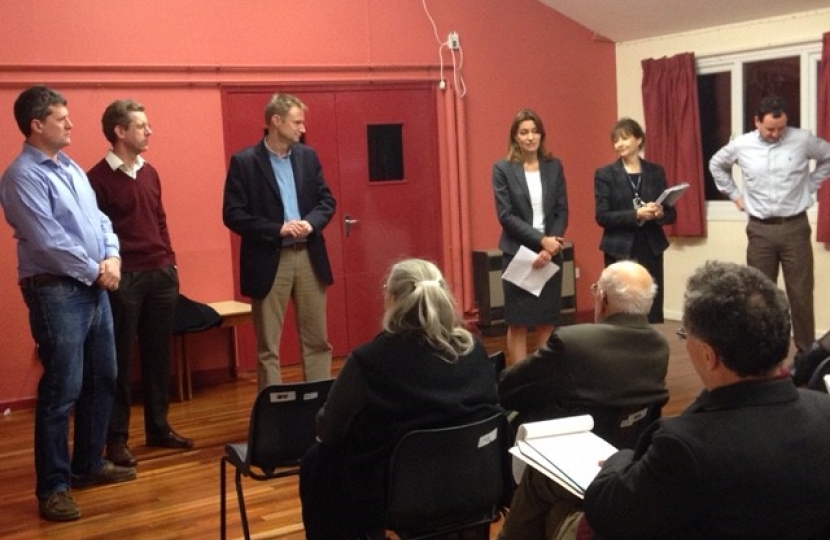 Following her public meeting in October, attended by over a hundred local residents, Lucy called a second meeting help link up residents, who do not have a broadband solution through Connecting Cambridgeshire for a significant period of time, to alternative service providers.

The meeting was held shortly before the publication of a report into broadband speeds across the UK.

Thirteen villages including Weston Colville, Bartlow and Upend were represented by local residents and parish councillors. Three independent service providers, who offer various broadband services, attended to introduce their businesses and speak with local residents about their needs. Representatives from Connecting Cambridgeshire were also in attendance to provide an update on progress in each of the affected villages.

Lucy said, “Many local people were able to understand better the timetable for the resolution of their connectivity issues after the meeting in October. It was clear however that some residents – particularly those running businesses – needed a solution to their broadband issues before they would be reached by the rollout programme. That is why I called a second meeting to introduce those independent service providers who may have been able to provide, at the least, an interim solution for those people.

“I am pleased by the high take-up of Connecting Cambridgeshire’s programme and will continue working with them to ensure everyone in my constituency can access good broadband services. As demonstrated by the report published this week, there is still more to do.”

The report referred to can be found here