Vote for Mark Goldsack in Soham North on 22 June 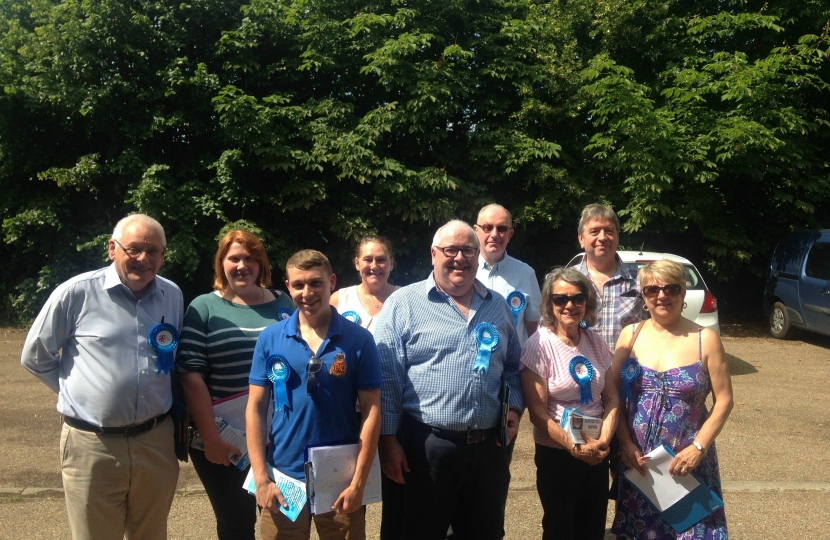 On Thursday 22nd June, there is a by-election in Soham North Ward to fill the vacant seat left by James Palmer, who was automatically disqualified from being a councillor when he became the first Mayor of Cambridgeshire and Peterborough.

Conservative candidate Mark Goldsack has very close links with Soham, having been born there in 1964 and attending Clay St Infants, then the Shade School, before spending five years at Soham Village College.

Mark played for Soham Utd. and then Rangers and established an A team, later managing the Reserves at Julius Martin Lane to great success. He also played cricket, tennis and table tennis in the town and was a cub and a scout.

His family supported numerous clubs & societies and taught him to value community and voluntary work. His grandfather was a long standing Town Councillor and did much for Soham, including being chairman of the Royal British Legion. He ran a business in the High Street.

He and his lovely wife Sarah have two daughters, both of whom now work in the primary schools in Soham.